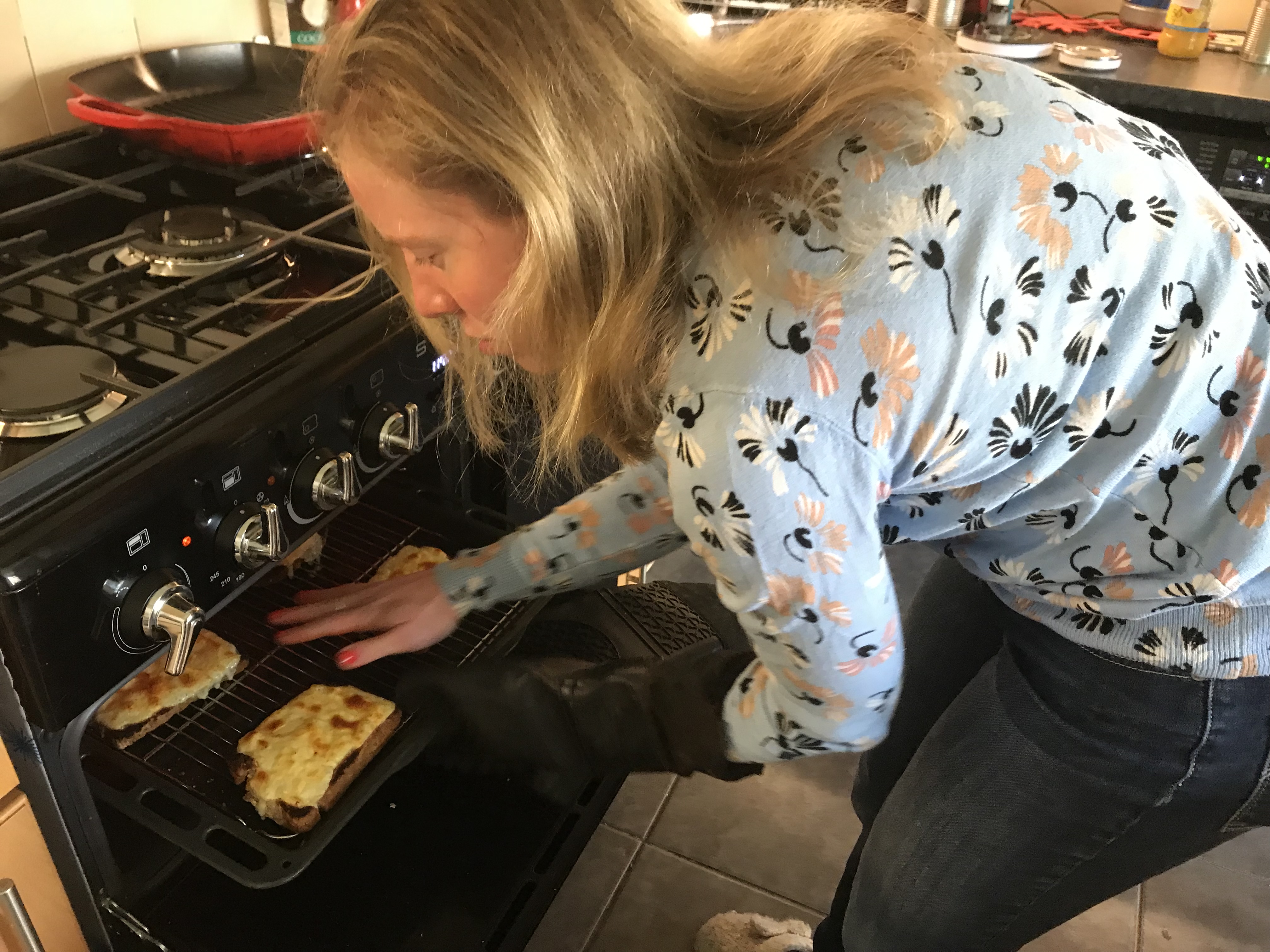 There is nothing more appealing than the smell of grilled cheese, or bacon in the kitchen. It never fails to make me feel hungry. However, I have a love/hate relationship with my grill. It is a lot healthier to grill than fry things like meat and fish in general, as you don’t have to add any additional oil and any fat is able to drain away. The problem I have with it is that I am forever burning my hands, particularly my knuckles. This is because I am always forgetting to use oven gloves, and stupidly reach under the grill to touch what ever I am grilling to check whether it is cooked.

There are 2 ways around this. Always pull the grill pan out from under the grill to check, which is definitely the sensible option, or always wear oven gloves. I don’t get on well with oven gloves, as I don’t particularly like wearing gloves in general. I am already lacking in one of my five senses and so deliberately reducing the effectiveness of a second sense is not something I am comfortable with. Most oven gloves I come across are really thick and so really difficult to feel anything through them. Tea towels are thinner but definitely not as effective. Obviously when I actually have to lift anything hot out from under the grill, then I of course do use oven gloves, it’s just when having to touch something to check how cooked it is I don’t. My main problem is that I am clumsy. Not that I can’t see. I know exactly where the heat source is and I know exactly where the food is but still sometimes I manage to catch my hands and burn them.

Most of my major cooking mishaps have come from me using the grill. I didn’t get on very well with my old grill at all. The grill pan ended up sitting very close to the heating element so when sliding the grill pan in and out I would often catch against it. Also a couple of times when I had lined the grill pan with tin foil, I caught this on the heating element and set fire to it. Generally when I did this I realised straight away as I could hear the hiss of the flame and was able to deal with it. The first time it happened however, I didn’t realise what I had done, so merrily left it burning in the grill while I got on with preparing the rest of breakfast. The next thing I knew, the smoke alarm was bleeping and Neil came running in panicking. He grabbed the flaming grill pan and ran outside with it. It’s safe to say the bacon I was grilling was burnt black but at least it was only that that was damaged and nothing else. It was a shame as I was really looking forward to my bacon bagel, but instead we just had bagels. I learnt my lesson and now know what to listen for if I accidentally do it again.

Fortunately with my new grill there is a bigger gap between the grill pan and the element, so I have less chance of making this mistake. The problem with this one is that it doesn’t have a grill pan handle to pull it in and out. I keep forgetting and trying to move it with my bare hands. Definitely not a good idea. As I have already said I like to try and avoid using my oven gloves but I haven’t found a successful work around this one yet. I have however successfully managed to set fire to my oven gloves with this new grill, when accidentally leaving them slightly under it after using them to check on my food and trying to leave them close enough to remind me to use them again. Turns out they were too close and now the cuff has a slight charring to it.

The moral of this story is that I do sometimes have accidents in the kitchen but I don’t let them put me off. I prefer to laugh about them and chalk them up to experiences. My favourite thing to use my grill for is to melt cheese. Cheese on toast, cheese on top of fish pie, or cottage pie, or on top of an omelette. I’m not very good at making omelettes the conventional way so mine are more like frittatas, but more on that one another day. Other times I like to use my grill are for fish fillets like sea bass or mackerel, or of course for bacon.

Do you have any mishaps you have had with your grill that you would like to share? I love hearing about your experiences as well. What’s your favourite meal done under the grill?

Filed Under: In The Kitchen
Weighing and Measuring
Making a Cup of Tea