Ingredient of the Week: Barley 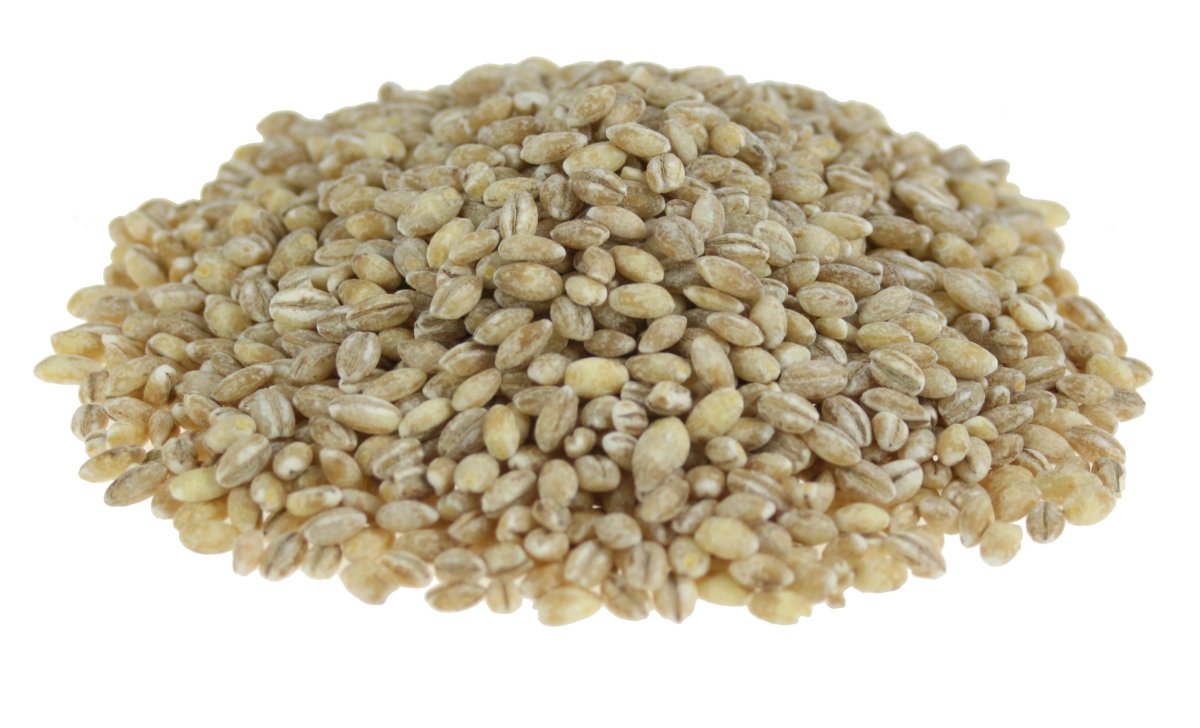 Barley is one of the world’s oldest, cultivated cereals and can be successfully grown in many climates, making it a staple grain in many cuisines. Most people know it for its use in making beer, but it is also incredibly nutritious and cheap. It is similar to rice and makes a great substitute for it if you want a little variety and can also be used to bulk out soups or stews. Barley grains are slightly more robust than rice and so they don’t stick together or go gloopy if cooked for too long.

This is why if using them in a risotto, you don’t have to stir it as regularly or add the stock a bit at a time. You simply add all the stock in one go and leave it to simmer away. A long time ago, before wheat had been introduced in to Europe, people would make bread from barley instead.

There are 2 varieties of barley, pot and pearl. Pearl is basically the white version as it has had the outer casing polished away, making it quicker to cook and easier to digest. It is however still highly nutritious. Pot barley is the wholegrain version and still has the outer casing, making it higher in fibre but it also takes longer to cook. Both types have a slightly nutty taste and when cooked a slightly chewy texture, similar to pasta but a lot smaller. It also absorbs flavour really well and so is delicious when cooked in stocks and flavoured broths. You can also find barley flakes in some health food shops, which are great as a healthy breakfast cereal, a bit like cornflakes.

Barley is a good source of carbohydrate and fibre. Carbohydrate provides you with energy, while fibre keeps your gut healthy. Both of these are needed for your brain to work effectively. High fibre foods also slow down the release of energy in to your blood stream, making it a more manageable and sustainable supply, rather than a quick hit all at once. This also leads to helping you feel fuller and with more energy for longer, potentially helping you to lose weight if that is your aim. Furthermore, barley contains a good amount of plant based protein, 100g contains 12g of protein which is slightly higher than other similar wholegrains such as rice and so can help to repair and build muscle mass.

Barley also contains several vital vitamins and minerals, including vitamin B6, needed for a healthy metabolism, while also helping to protect and repair several cells found in the body, including nerve and blood cells from damage. Magnesium plays a very similar role and is also found in a good amount, along with iron, needed for building healthy red blood cells and transporting oxygen around the body, and selenium, an antioxidant needed to help boost the immune system and fight off infection and protect against cancer causing free radicals forming in the body.

I gernerally cook with pearl barley as it is slightly easier to cook. It takes very minimal preparation, I simply weigh out the amount I wish to use and then add it to the pan with boiling water or stock.

Barley cooks similarly to brown rice. It generally takes around 25-30 minutes to be ready to eat if you simply simmer it in a pan of boiling water. It is recommended to work off 1 part barley to 3 parts water (ie. 100g barley with 300ml water). You can also add it to soups or stews, like this bacon and vegetable pot and is great cooked in the slow cooker, like for this chicken, sausage and root vegetable stew.

My favourite way to enjoy barley is in a risotto. It handles very similarly to arborio rice or other types of  risotto rice and the grains look and feel very similar as well. This is why sometimes, if I’m not careful, I get them mixed up. This chorizo and root vegetable risotto, or this goats cheese and beetroot one are both delicious. If you are feeling a little festive or just want to try something different, then this chestnut barley risotto makes a nice choice.

You can also use barley in a salad, like for this griddled salmon and avocado one and in a pilaf, like in this creamy cabbage and prawn one. Next time you make a curry, try serving it with barley instead of rice, or even serve it with bolognese. I believe it is one of the most underrated and under used carbohydrate sources and we should try to use it more. If you have any barley recipes you would like to share, then please leave them in the comments box below.