Ingredient of the week: Brussels Sprouts 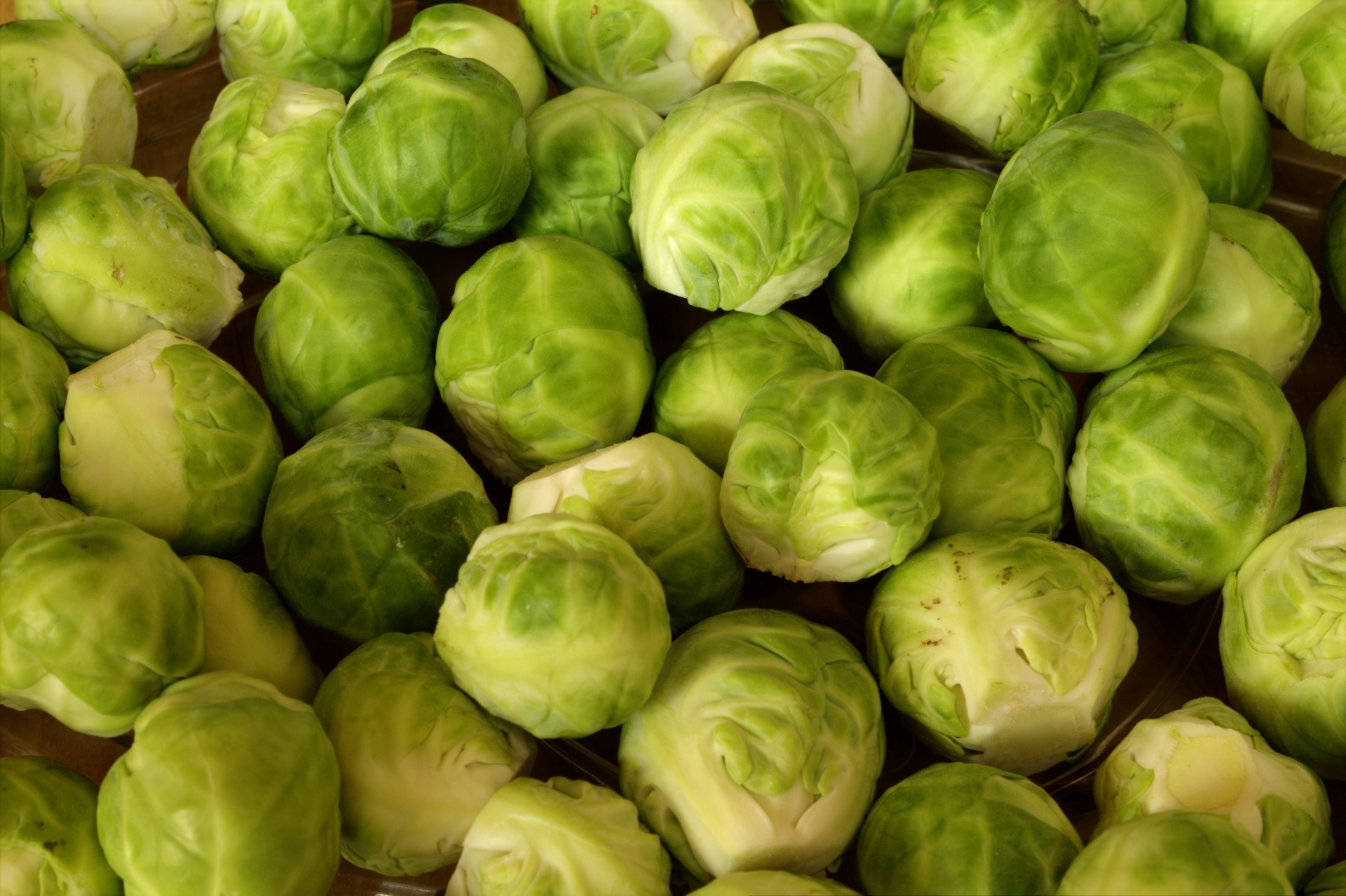 I hated sprouts as a child. If I’m honest they still aren’t my favourite vegetable, but I have now learned how to cook them to my liking and that when paired with the right ingredients, you can actually make them taste quite nice. They are so called Brussels sprouts because they were first cultivated in Belgium near Brussels in the 16th century, but are now grown all over the world. Unsurprisingly, as they pretty much look like miniature cabbages, they come from the same family, the brassica or cruciferous vegetable group, like kale, broccoli and cauliflower. When cooked correctly, Brussels sprouts have a crisp, dense texture with a slightly sweet taste. They are generally bright green in colour and around 2.5cm or 1 inch in diameter. They grow on thick stems with around 20-40 sprouts per stem.

Typically, Brussels sprouts only make an appearance once a year on your Christmas roast dinner and are disliked by the majority of people. This is mainly because they are very misunderstood as they are often boiled for far too long and so start to turn to mush. Also, like most brassica vegetables, contain levels of sulphur, which they start to release the longer they are cooked, causing them to smell eggy. Brussels sprouts are actually in season from the end of August to the beginning of March and so are more readily available than we realise. There is so much more you can do with a Brussels sprout than a token afterthought on a roast dinner and I hope to inspire you to use them more, as they are fairly cheap, easy to prepare and highly nutritious.

Brussels sprouts, like other brassicas, contain high levels of both vitamin A and vitamin C. These are both vital nutrients needed to build and maintain healthy, strong bodies. Brussels sprouts are also rich in iron, needed for the production of healthy red blood cells to transport oxygen to muscles in order for them to produce energy and work effectively. They also contain high levels of folic acid, which is needed for healthy nerve formation, which is especially important for women hoping to get pregnant and in the first trimester of their pregnancy.

Furthermore, sprouts are incredibly good at detoxifying the body. The sulphur found in Brussels sprouts help to rid the body of any toxins that can cause damage. This partners with the antioxidant benefits of vitamins A and C, as well as the high levels of vitamin K, which has anti-inflammatory benefits, to help protect against cancer causing cells from developing in the body.

Brussels sprouts contain high levels of glucosinolates which are plant based compounds that also help with the detoxification of the body, while also having anti-inflammatory benefits. There is growing evidence to suggest that these glucosinolates work hand-in-hand with the high levels of fibre found in Brussels sprouts to benefit your gut health and potentially ease symptoms of conditions such as irritable bowel syndrome, type 2 diabetes and Crohn’s disease to name a few.

It is a myth that you need to put a cross in the bottom of your sprouts when cooking. This actually means they cook quicker and are more likely to turn to mush. I simply slice off the top of the sprout, if they are not already prepared, when I have bought them, discard any loose leaves and either leave whole, half, or shred, depending on what the recipe calls for. To shred sprouts is really simple, all you do is slice the sprout in to quarters through the stem and then pull the leaves apart.

The traditional way to cook Brussels sprouts is to boil them, but this is the least nutritious and tasty way of doing it. The more nutritious way is to steam or saute them. They are best eaten cooked, but you can also shred them and add them raw to a salad. In my opinion the tastiest way to cook sprouts is to roast them, as they take on a more sweet and nutty taste while going crispy at the same time. Try this roasted bacon, lentil and sprout salad to see for yourself.

The quickest and easiest way to include sprouts in your diet is to stir-fry them, like in this kale and sprout stir-fry or this bacon, sprout and chestnut one. Brussels sprouts pair really well with rich, salty foods, such as bacon and soy sauce, which is why both of these ingredients feature regularly in my sprout recipes.

The cooking method for Brussels sprouts that I was most sceptical about was slow-cooking, as they really aren’t nice overcooked. However this slow-cooker maple glazed chicken, sweet potato and sprout recipe changed my mind. Sprouts also really suit sweet flavours like maple syrup, as well as more vinegary tastes such as lemon or balsamic vinegar.

I hope reading this has inspired you to try eating more sprouts and given you some ideas on how to maximise the taste of them. They still wouldn’t be my first choice when ordering out in a restaurant, but now, they also wouldn’t put me off from ordering a dish I liked the sound of if they came with it. If you are one of the few that does actually enjoy sprouts, then please share with me some of your favourite recipes. If you don’t like them, then I challenge you to try to learn to like them this year.