Ingredient of the Week: Kale 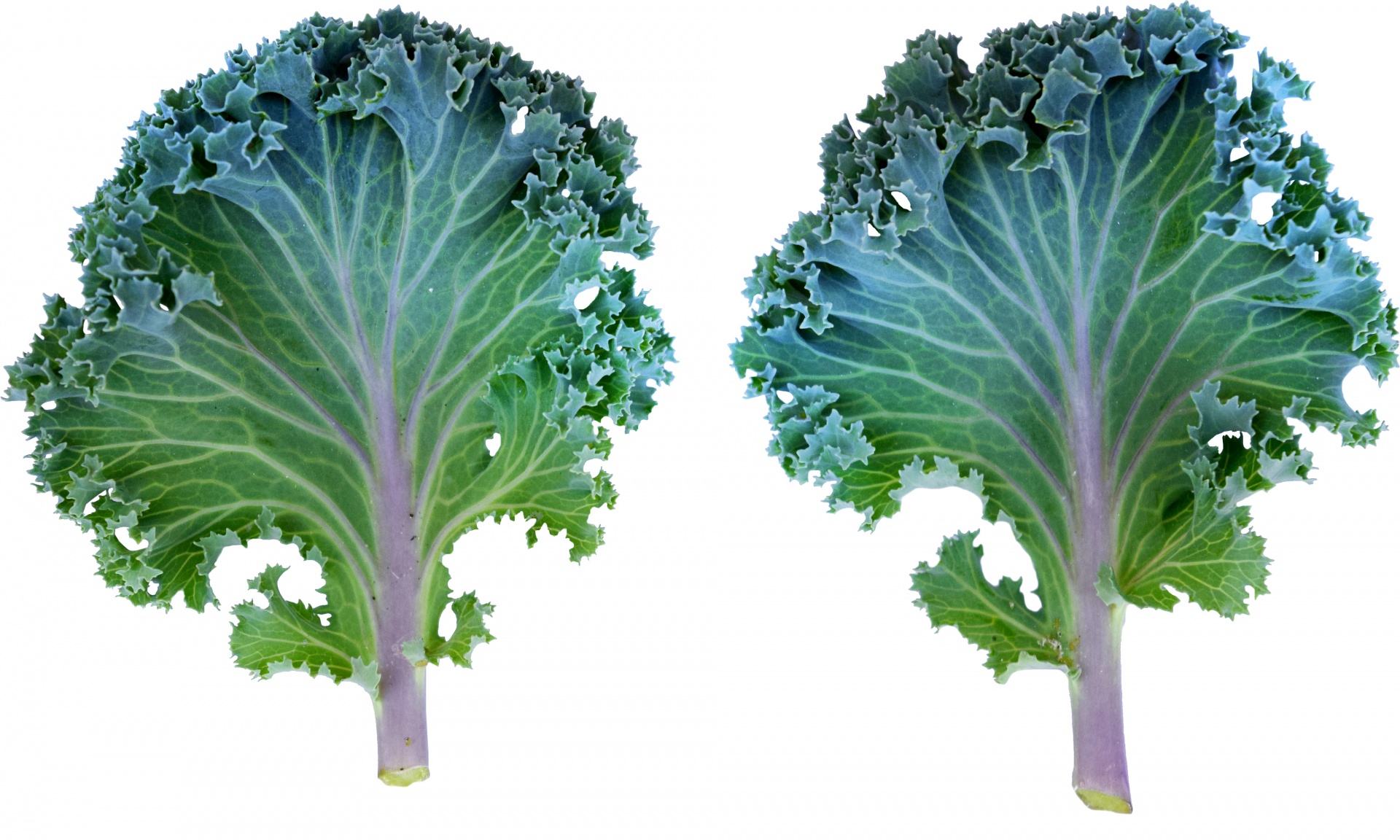 Kale is one of the more commonly used vegetables included in my diet. Once, I overheard Neil moaning to a friend that he was yet again having kale with his dinner that night. To be fair, it was probably the fourth night in a row so maybe justified but I do love kale as it is so easy to add in to meals and it is incredibly nutritious. In fact, there aren’t many vegetables out there that are as nutritious as kale. This is why, rightfully, it is classed as a superfood. Typically this leafy vegetable is dark green in colour however, you can also get black, purple, white or red varieties. The most common type is curly kale. Other names for kale include winter greens and collards. Cavolo nero is a less common variety of kale which is mainly used in Italian cooking and has longer flatter leaves than the curly variety.

Kale can withstand most weather conditions and so is grown throughout the world. This is reflected in cooking as it can be found included in a vast array of dishes. It is similar in a way to spinach and I often switch between the two in my recipes. Kale takes slightly longer to cook than spinach, and holds its shape better. It doesn’t shrink down to practically nothing, releasing all its fluid like spinach does. It is great added to soups and broths like my chorizo kale stew, or in a curry like my quick fish or Thai salmon ones. Mix it through a risotto, or pilaf, or try adding it to a stir-fry. Your options are endless.

Kale is the equivalent to beef in the vegetable world. It is incredibly high in iron. In fact, per calorie kale contains more iron than beef. However, it is the non-haem version of iron ie. not from an animal source, and so less readily available to the human body. To maximise iron absorption it is best to pair it with a food containing high levels of vitamin C, which coincidently kale is a good source of as well. It all comes together packaged as one, something beef does not do. Iron is needed for the production of red blood cells. We need red blood cells to carry oxygen from our lungs to our working muscles to provide energy. People low in iron often feel tired, low in energy and short of breath, something athletes definitely want to avoid.

Coming from the same family of vegetables as swede, Kale is also very high in cancer preventing phytonutrients. Furthermore, like avocado and salmon, kale is extremely high in lutein which we know is vital for maintaining good eye health. It is also a go-to vegetable for vitamin K, which helps blood to clot, and calcium needed to build and maintain strong bones and connective tissue.

If buying it already prepared then you have to do very little with it. Simply check that there are no particularly large fibrous stalks included and if there are either break them down or remove them. It is very easy to grow kale in your garden, my dad grows it in his allotment. If you have picked it fresh, store it in the fridge until ready to use. Only rinse the leaves of dirt when you are ready to cook it as this helps to keep it fresher for longer. Remove the woody stalks from the leaves and shred to size required.

Kale can be steamed, fried, boiled, microwaved or even baked to form crisps. I very rarely cook it on its own and generally add it to curries, broths or rice dishes with approximately 5 minutes left to cook. If, as I suggest earlier, you are swapping spinach for kale in any recipe don’t make the mistake I did the first time and assume it will wilt straight away like spinach. It doesn’t and it isn’t particularly nice under cooked.

However, kale can be eaten raw, in a salad, just make sure you use an oil based dressing to help soften the leaves a little. I’m not a massive fan of it though as I find it a bit too bitter and fibrous. I prefer it softened so that it isn’t as hard work to eat. It can also be blended in to smoothies, again something I’m not keen on as I prefer to eat my vegetables, not drink them. If you are someone who really struggles to get enough vegetables in your diet, then smoothies are a great option but I love having plenty of vegetables with my meals and so don’t need to worry about concocting weird and wacky drinks all the time.

I hope I have given enough justification as to why we eat so much kale that Neil gets sick of it. If you have been inspired to include kale in your diet more regularly then please let me know. I would love to hear about your kale recipe suggestions as well as your thoughts on my recipes.