Ingredient of the Week: Leek 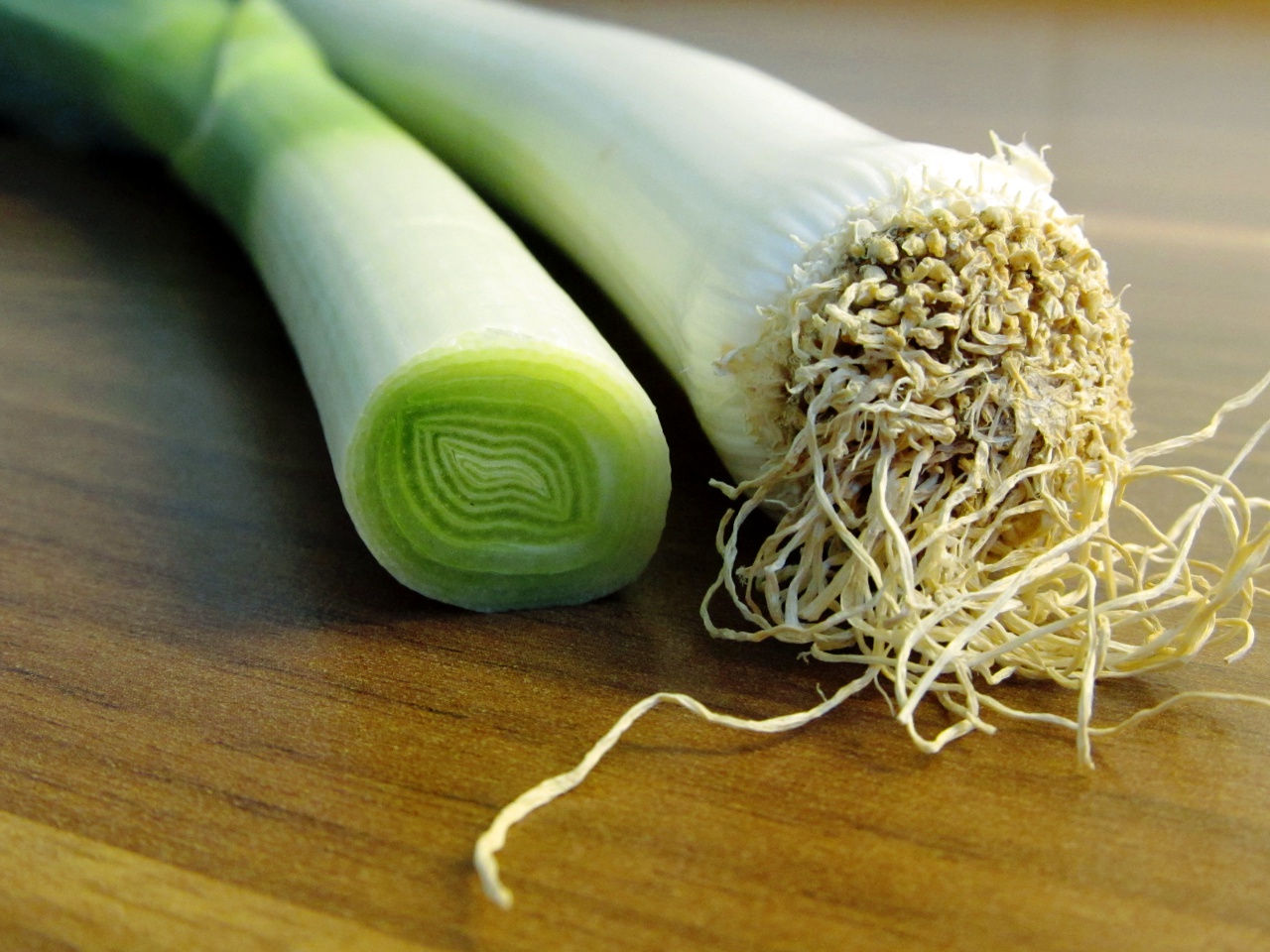 Leeks are from the same family of vegetables as onion and garlic. They are made up of two parts, the long thin stem, which is white and the green tip, which fans out at the end. The white part makes up around two thirds of the leek and is the edible part. Like an onion, leek is made up of many layers and it is the resulting ends of these layers that fan out at the end, called the flags. Only very young leeks can be eaten raw as they have quite a harsh taste, however when cooked they become delicate and sweet, like a mild onion. They are in season over winter, from September to March, so often appear in more wintery recipes such as soups, stews and casseroles.

Leeks are a good source of vitamin A and K, both of which play an important role in blood function within the body. Vitamin K helps with blood flow and clotting, while vitamin A is involved with the production of red and white blood cells. Red blood cells carry oxygen around the body and white help fight off infection and play an important role in the immune system. Vitamin K also works with other proteins to strengthen our bones. Vitamin A is needed to protect our retina’s (the backs of our eyes) from damage, enabling more effective sight in low level lighting in healthy eyes.

It is not just the vitamin A found in leeks that help with eye health, but they also contain lutein and zeaxanthin. These are two very important plant compounds found in mainly green leafy vegetables, such as spinach and kale that help to protect the eye against oxidative damage and harmful blue light. There is growing evidence to suggest that diets high in lutein and zeaxanthin can help reduce the risk of macular degeneration, cataracts and diabetic retinopathy, to name a few, from developing. These are all fairly common age-related sight loss conditions.

One further health benefit of leeks is that it is a prebiotic. You can read more about the importance of pre and probiotics in my blog post on looking after your gut, but essentially our gut is lined with millions of bacteria that help to ensure our digestive system works efficiently. They help to create the right environment for us to function. These bacteria need food, or prebiotics, in order to stay alive and so we need to keep them in good supply.

Firstly I slice off the base and top of the leek. I feel for just below where the leek starts to open out and make my cut there. I then peel back the outer layer, as this is generally too thick and fibrous to eat. Next I rinse it thoroughly under cold water, as dirt tends to get trapped between the many layers of the leek. If it is particularly gritty, I make a small cut through the layers to open them up slightly in order to get too it all. I then slice it either in to rings or lengths, depending on what the recipe I am making calls for.

Leeks are very versatile as they can be cooked many ways. It takes around 8 minutes to both steam or fry them. It is important not to overcook them as they become slimy and mushy. They can be substituted for onions in any recipe to give a milder, sweeter taste, however if done the other way round, the onion is stronger in taste and so may overpower the end result. Some recipes I’ve shared that use leeks include this leek, carrot and sprout stir-fry, this quinoa with stir-fried winter vegetables or this slow-cooked chicken and sausage stew. If you are feeling a little more adventurous, then try making this healthier take on fish and chips that uses leek as part of the puree.

They are definitely not one of my favourite vegetables, but they do make a really great addition to a risotto, you could try adding them to this goats cheese and beetroot one or this mushroom, kale and squash one. I do also often add one to my chicken, mushroom and kale pilaf or in to a fish chowder. My favourite leek recipe is this kedgeree. I’ve not yet used leek when making soup, but in time I’m sure I will. Do you have any good soup recipes that use leeks you could recommend?