Ingredient of the Week: Maple Syrup 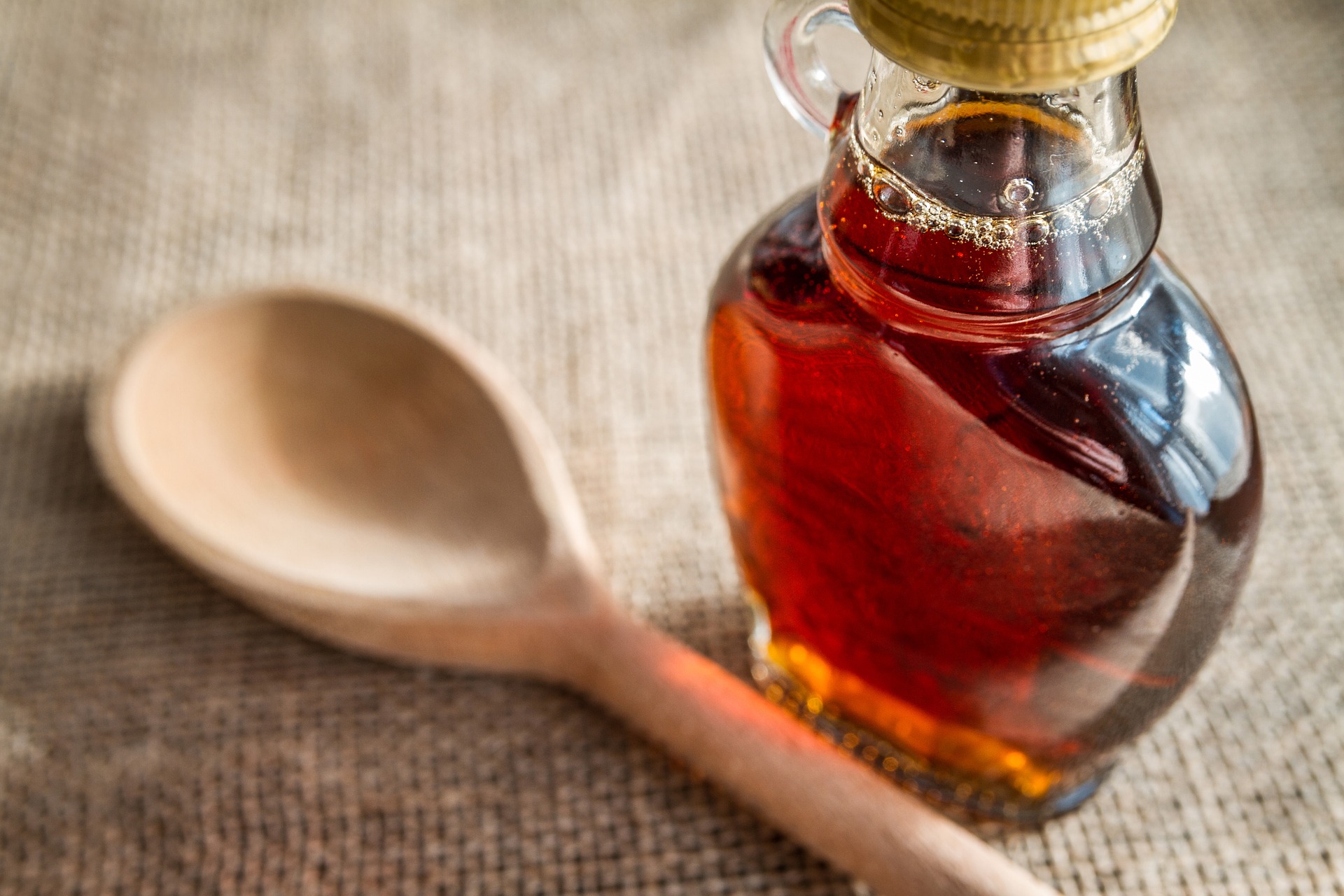 As I am currently in Canada for the Paracycling Track World Championships, I thought it only right that I should feature an ingredient this week that is native to Canada. Therefore I have chosen to write about maple syrup. Maple syrup is the sap of maple trees and over 80% of the worlds production of the sweet and sticky syrup comes from the Quebec region of Canada. To access the maple syrup from the tree, a hole is drilled in to the trunk, allowing the circulating fluid to drain out. The fluid is then boiled until the majority of the water has evaporated, leaving behind a thick, sugary substance which is filtered before it is ready to bottle as pure maple syrup.

Maple syrup can be used as a sweetener in many recipes. It also makes a slightly healthier substitute for table sugar. However, it does still have a very high sugar content and so should only be used in small amounts. Just because I am featuring it, doesn’t mean it is healthy, but we do sometimes just need a little bit of sweet and it tastes really good, so it also shouldn’t be avoided.

Even though maple syrup is extremely high in sugar, and high sugary foods should be generally avoided as they are bad for us, it does have some health giving benefits as well. One of these is that it is a very good source of manganese and zinc. In my blog post about staying healthy in winter, I speak about the importance of these two minerals in boosting our immune system and helping us to fight off things like colds and flu. Both these minerals are classed as important antioxidants which help to prevent oxidative damage in the body by removing free radicals which can interfere with cells. A diet high in antioxidants can help to reduce your risk of cancer. There are also several other compounds found in maple syrup that have antioxidant qualities.

How do I prepare it:

Maple syrup generally comes in a bottle and you simply have to pour it out. It is important to check the food label of the maple syrup you are buying to check that it is not a maple flavoured syrup and is in fact the pure maple variety, as the flavoured syrups contain less maple and more sugar. It is also very important to measure out the quantity you are having as it pours very quickly and so it is very easy to accidentally use more than you need.

How do I cook with it?

The obvious use for maple syrup is in baking and making desserts. You can simply drizzle it over pancakes, like in this recipe for banana and cinnamon pancakes, add it to porridge or use it for making flapjacks. Sometimes, if I’m particularly tired after a hard training session, I like to drizzle it on yogurt, as you would with honey.

Maple syrup can also be used in savoury recipes as well. It makes a great addition to many salad dressings, sauces or meat glazes. Try this slow-cooked, maple glazed chicken and sprouts, or this really tasty harissa and maple glazed root vegetable traybake. If you like your savoury on the sweeter side, then try this sausage, sweet potato, apple and pear salad for something a little different. Canned baked beans often have a lot of added sugar to them, but if you make them yourself following this recipe, you can control how much you use and make them taste extra delicious by adding maple syrup to them.

This is an example of how eating everything in moderation is good for us. I obviously wouldn’t recommend using a lot of maple syrup all of the time, but in small amounts it makes a great sweet treat. Just remember 2 tbsp still contains around 20 grams of carbohydrate, so you really don’t need much of the stuff, but a little goes a long way as it is so sweet. Next time you have a craving for something sweet, don’t feel guilty for reaching for the maple syrup bottle. Instead just think, I’m boosting my immune system by supplying it with some much needed antioxidants.