Ingredient of the Week: Quinoa 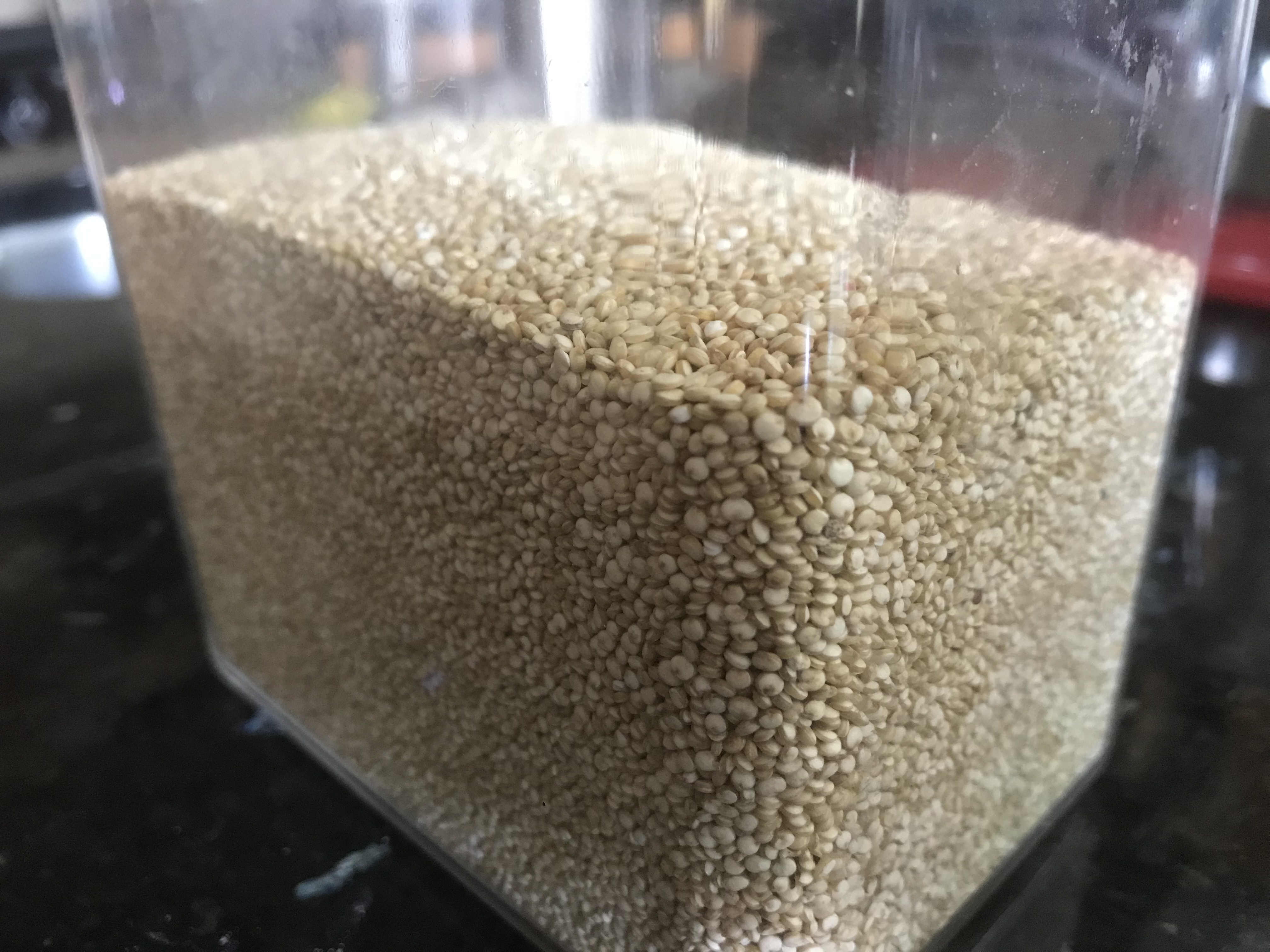 The super-food quinoa is grown on a weed-like plant which is mainly found in the Andies region of South America called goosefoot. It comes from the same family of plants as beetroot, spinach and chard. Although it is technically a seed, it is considered to be more like a wholegrain due to its many health benefits and preparation. Un-cooked quinoa is small and oval in shape  very similar sized to couscous and comes in white, red or black varieties. It has a slightly nutty flavour and when cooked correctly should still have a slight crunchy texture to it.  It is completely gluten-free and makes a healthy substitution for other carbohydrate sources such as pasta, couscous, or rice.

It is an incredibly versatile grain that can be eaten at all meals of the day. For breakfast as a gluten-free and higher protein version of porridge, for lunch in a salad or for dinner as an accompaniment or side dish. For thousands of years it was a staple ingredient in the diet of the Incas and their descendants in South America and they called it the mother grain due to its extremely high nutritional value.

Quinoa contains a higher than average amount of protein compared to other wholegrains, almost double the amount found in barley and rice. The quality of protein is extremely high as it contains all nine of the essential amino acids required by the body to build protein that it cannot produce itself. This means that it is known as a complete protein, something rare in plants, making it an incredibly important addition to vegetarian and vegan diets.

It is also a fantastic source of B vitamins, needed by the body to help with energy metabolism, while also building and maintaining healthy cells and muscles. Furthermore quinoa is extremely high in fibre, a lot higher than most other wholegrains. This helps keep you fuller for longer while also keeping your digestive system working efficiently. Diets higher in fibre have been found to reduce the risk of developing type 2 diabetes, as well as cancer and obesity..

Minerals that quinoa is high in include manganese, magnesium, iron and zinc just to name a few. These all contribute different roles in keeping the body healthy and strong. Manganese is especially important for growth and repair. Zinc is important for fighting infection and keeping a strong immune system.

Some brands of quinoa require you to rinse the seeds first before cooking, but that is all the preparation this nutritious seed needs. Simply weigh out the amount you require and cook.

I treat quinoa in a very similar way to rice. It takes around 10-15 minutes to make and I add 2 parts boiling water or stock to 1 part quinoa i.e. 125g quinoa and 250 ml fluid serves 2 people just nicely. Place in a lidded pan and leave to gently simmer until all the moisture has absorbed and the grains have swollen and started to split. Like rice it can be added to pilaffs or soups and stews to thicken it, the cooking time doesn’t alter.

My favourite way to enjoy it is incorporated in to the meal like in this Cajun spiced quinoa with hache steak recipe or this roast squash with spicy quinoa one. On its own it can be quite bland and like couscous, because of the tiny size of it, it can get everywhere and be messy to eat. It does however work really well with saucier recipes like this meatballs in tomato and aubergine sauce recipe as it absorbs flavour and fluid really well.

Adding this incredibly nutritious wholegrain in to your diet is definitely beneficial to those aiming to eat more healthily and especially if you are looking to increase your protein intake. Its a lot easier to get hold of these days as most larger supermarkets stock it, so give it a try and let me know how you get on.