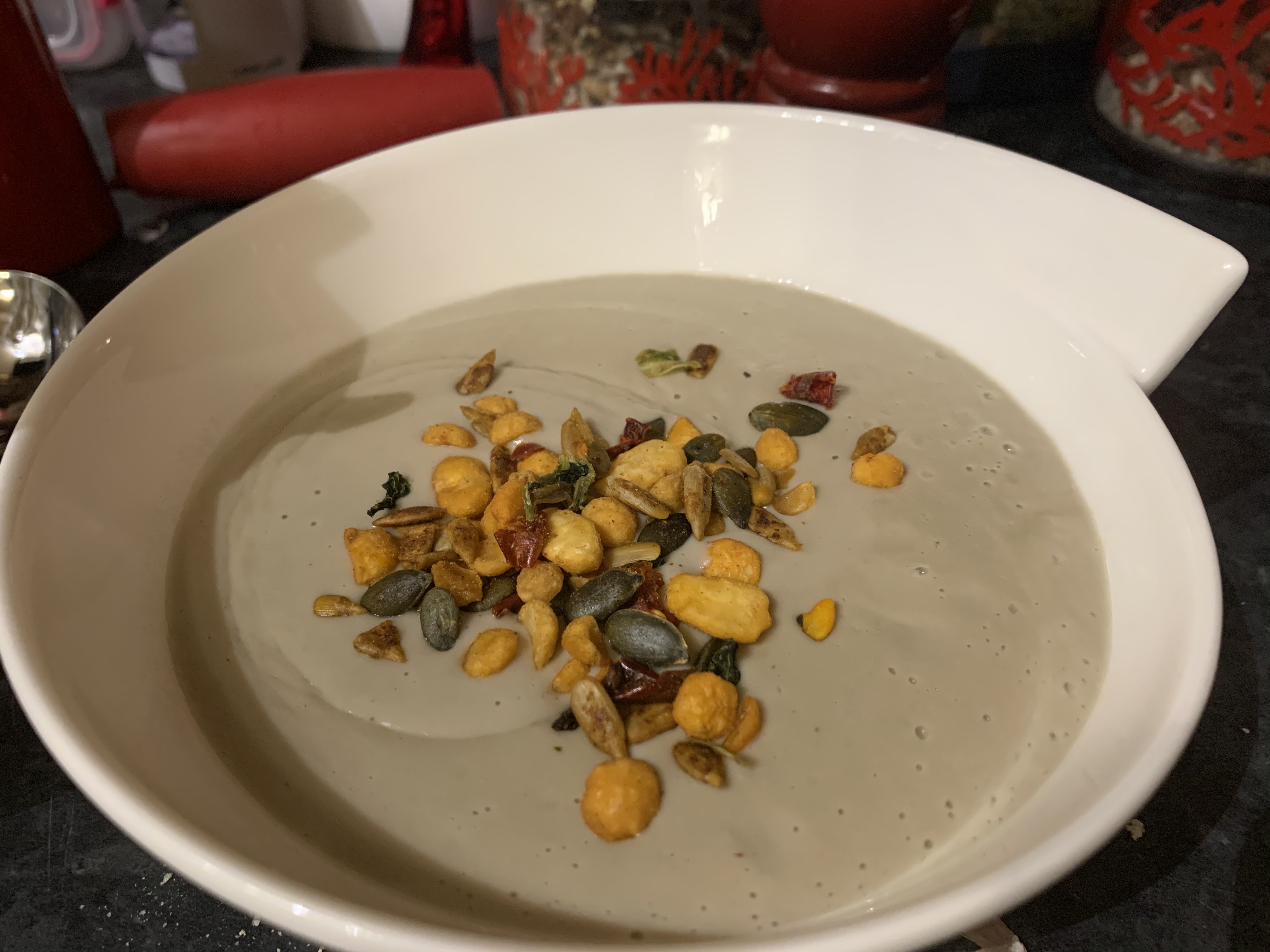 A bowl of soup can make a healthy and nourishing lunch or light meal option. However it can also take a long time to make from scratch and involves many steps. Soup is great on cold winter days, especially if you have been out training in it all morning, but the last thing you want to do is spend time preparing it. Soup is also a brilliant way of using up leftover vegetables that are about to go off and with the right flavouring and spicing even the most bland and boring of vegetables can be made to taste good. Soup can also be made in big batches, portioned out and frozen for another time. Its really very versatile and if prepared using the right gadgets, really simple.

There are many ways to make soup. The most common is on the cooker using a big pan. Vegetables, stock, herbs and spices are all added and boiled until soft, then the soup is transferred to a blender. If you have a blender that can work with hot food, then you just blend then serve. Some blenders can’t do this though so you have to let it cool, blend and then reheat. Time consuming and frustrating. I don’t have the patience or desire to do this, I also don’t particularly like overboiled vegetables, as they tend to lose some of their important micronutrients and so this method puts me off from making it.

As a result of this, my parents got me a soup maker in the hope that this would make cooking soup less time consuming and more enjoyable. It did help simplify it in some ways, especially as it saved on washing up. However, for it to be effective all the vegetables had to be chopped very small and evenly. This could be quite a lengthy process, unless you had a vegetable chopper that could do all the work for you. Another problem with the soup maker I had in particular, was that I couldn’t actually use it myself. Programming it wasn’t very easy and so I needed Neil to do this for me.

One of the major draws to getting my Vitamix was the ability for it to make soup so quickly and easily. Its safe to say that it hasn’t disappointed on this front. It really does make piping hot soup in minutes, with very little preparation. You don’t even need to peel some vegetables, like carrots and parsnips, making it even more nutritious. All I do is add stock and the vegetables I want to include, just remove any inedible parts like tops, cores or particularly fibrous skins and cut them in half generally. Some vegetables like broccoli, need chopping in to florets, but the stalks can also be included. Then add any herbs and spices you wish to use, put the lid on, set the profile to soup and press go. 5 minutes 45 seconds later I can guarantee I’ve got silky smooth, hot, tasty and nutritious soup.

There are obviously some limitations to this method. You can’t use raw meat, anything you want left chunky needs to be cooked separately and added at the end and some vegetables need to be cooked first. You also can’t use any dried ingredients like lentils, rice or pasta. unless they are pre cooked, so it does sometimes require some thinking about and preparation. However, overall it is far less complicated, more efficient and quite enjoyable making soup in my Vitamix. Cleaning up after is also really simple as you just fill the Vitamix with warm water and a splash of washing up liquid, set it to blend and leave it for 1 minute and it cleans itself.

The first time I made soup using my Vitamix I was so amazed! I couldn’t quite believe how good the end result was, in such a short amount of time. As I am still fairly new to the process, I’m still very much following recipes I’ve found on the Vitamix website, but I now plan to start being more creative. So far soups that I have made include a broccoli and pear one, which I then added walnuts and Stilton to at the end. A Thai ginger vegetable soup that blended cashew nuts in to it to give a lovely creamy texture and an extremely delicious mushroom and coconut soup, using coconut milk that I made myself in the vitamix first.

Over winter especially, I plan to make many more soups and look forward to thinking up new flavour combinations now that my confidence is growing. I will be sure to share some of them with you. I know Vitamix’s are quite expensive, but I really couldn’t recommend them highly enough, especially if you want to be more confident in the kitchen when you are visually impaired. If you have any soup recipe recommendations for me, then please leave them in the comments box below.

Filed Under: In The Kitchen
Indian Cookery Course with the RNIB
Middle Eastern Cookery Lesson