Keema is an Indian version of bolognese. However, traditionally the mince used is lamb rather than beef. In this recipe I use turkey mince as it is much leaner and a very good source of protein. Spices are then added for flavour, along with tomatoes and stock. I’ve added chickpeas and beetroot for extra vegetables. I have never used beetroot in a curry before and wouldn’t have thought to, but I had some that needed using, so I decided to just try it. It was really good and I would highly recommend it for future recipes. I would usually add fresh ginger to the recipe but I had run out and so used ground ginger instead. It works but fresh is better. Keema is often served with naan bread but I used rice. 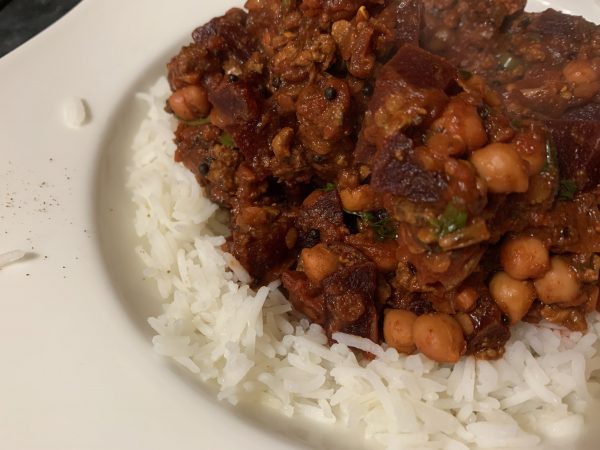 If you make this, let me know how it goes and share your photos.  I’d also love to hear how you adapt it to suit yourself.